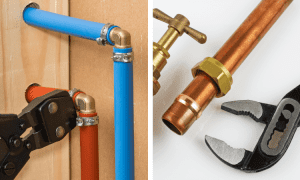 During the installation or replacement of a water supply system, it might be difficult to decide the kind of piping material to employ. The two primary possibilities are copper and PEX pipe, both of which are adequate. Many company owners and households love the advantages of each and despise its drawbacks. This post will examine the two types of piping material in detail so that you can compare them and determine which is best for your application. 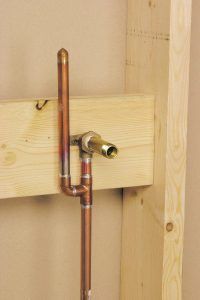 As seen from their bright reddish-brown color, copper piping materials are primarily made of pure copper. Household water supply lines mainly use these piping materials which are frequently made of rigid copper. Unlike other pipe materials that can leach pollutants, copper plumbing supplies do not pose any health dangers.

Around the 1970s, copper pipes began to outsell competing products. Since then they have quickly taken over as the preferred pipe material for water supply channels, replacing other metal pipes that leak harmful substances. When compared to other materials, copper plumbing is far more durable and often lasts longer. 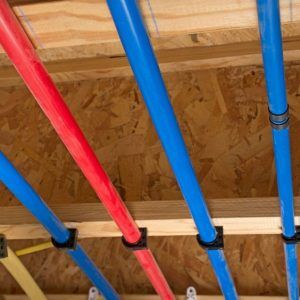 PEX pipe is strong plastic piping that is used to supply water. This material is both flexible and rigid enough to handle the water supply pressures. Additionally, PEX pipes are far less expensive than many other piping materials. After its invention in the late 1960s, PEX manufacturers first appeared in American homes and new construction in the 1980s and 1990s.

PEX quickly gained popularity because of its effectiveness, affordability, and adaptability. To some extent, PEX can be crushed, twisted, or bent without losing its original shape. The pipe will be able to restore to its previous state with the application of modest heat.

In order to choose the ideal pipes for your home, it is crucial to gather all available information. This post has gone through the two most common piping materials and their pros and cons. With its experience and certification, Tubomart can assist you in repiping your house with PEX pipes. If you have any inquiries or would like a free quote, kindly contact us.

Signs of a Leaking Water Heater

A Guide on Underfloor Heating System