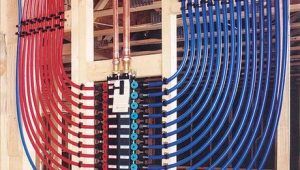 PEX(Cross-linked polyethylene) has become the new standard in the plumbing business. PEX is increasingly gradually replacing galvanized steel and copper in renovation and new building projects.

Unlike the older options, it is fairly affordable and reasonably simple to install. So, whether you’re working on a large construction project or simply doing some DIY, PEX is a wonderful addition to your plumbing equipment collection. The choice between Barrier PEX, Non-Barrier PEX, and PEX-AL-PEX is primarily determined by the project at hand and the additional components you will deal with. Let’s take a look at the difference between PEX-Al-PEX and PEX solutions.

PEX-AL-PEX is an oxygen-barrier three-layer PEX tubing. PEX-AL-PEX has a PEX layer, an aluminum layer, and another PEX layer. The fundamental advantage of PEX-AL-PEX is that it retains its form.

Where typical PEX is flexible, nothing holds it in place until it is tied down every few feet. When you bend PEX-AL-PEX, it holds that shape until you twist it again.

PEX-AL-PEX also expands less than regular PEX, with the aluminum layer ensuring that it retains its form. PEX-AL-PEX is commonly used in warm board systems, outdoor heating systems, and high-temperature systems such as baseboards and fan coils. 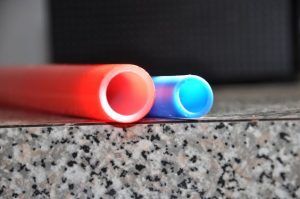 PEX pipe, also known as cross-linked polyethylene piping, is a form of flexible piping that has lately gained popularity. PEX was first utilized for radiant floor heating and soon gained popularity because of its low cost, high performance, and versatility.

PEX is distinct in that it is created by connecting polymer molecules in polyethylene, increasing its flexibility and endurance. 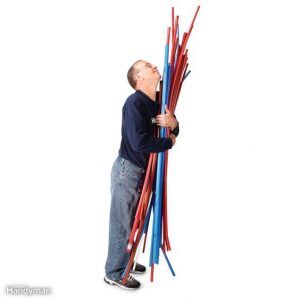 Now that you are well equipped with information on PEX-AL-PEX and PEX tubes we hope you are in a position to decide which one best fits your project needs. Also, deal with the most trustworthy manufacturers and suppliers to guarantee that you receive the highest quality and value for your money. TUBOMART is one of the most well-known PEX pipe manufacturers in the world.