What Are Pipe Fittings?

Pipe fittings are piping parts that connect pipes and help configure a plumbing system. They come in different shapes to make various plumbing configurations. There are a variety of pipe fittings used in piping systems that serve different purposes. These include joining multiple pipes and regulating the flow through the pipes.

With that said, it’s essential to distinguish which pipe fitting is well-suited for your application to ensure stability and reliability in your piping system. To guide you, here are the different types of pipe fittings according to their connection types and functions:

Pipe fittings are identified based on their connection types and functions:

A. According to Connection Type

Pipe fittings are connected to pipes through various connection methods, all of which have their own advantages.

Compression fittings are well-suited for metal on metal connections. These are fittings that use compression on a ring, gasket, or ferrule to connect pipes. The compression is usually made by tightening a nut into the fitting over the ferrule and piping, securing and compressing the internal piping. Standard compression fittings don’t need tools to assemble. This makes them convenient and quick and simple to install.

Compression fittings cannot handle really high pressures and are not as flexible as soldered fittings. This means they are not suitable for systems with thermal cycling, vibration, and other aggressive conditions.

These are compression fittings with a sharp ferrule that “bites” the pipe when compressed and provides a tight seal. Similar to standard compression fittings, bite-type fittings don’t need tools to assemble. However, they create a stronger and higher pressure connection.

Mechanical grip fittings can be reassembled several times without causing damage to the pipes and piping components. Moreover, these fittings have excellent tolerance to mechanical vibration.

Flare fittings are made up of a body with a coned or flared end. They require special flaring tools to attach the pipe inside the coned end, achieving a tight seal. These fittings can endure higher pressures and a wider range of system conditions compared to standard compression fittings.

Flange fittings are edges, rims, collars, or ribs with flat surfaces that are perpendicular to the connected pipe. These surfaces are held together through bolts, clamps, brazing, welding, or threading.

Threaded fittings are made of screw threads on their inner and outer surfaces built to allow piping with matching threads. Straight threads refer to threads that create a simple connection with no seal. Meanwhile, tapered threads are threads that create a tight seal for fluids and gases under pressure. Increased seal reliability is possible by adding a seal tape or coating.

Thread sizes are measured and based on the internal of the pipe. Common thread size standards include National Pipe Thread or NPT and British Standard Pipe (BSP). However, there are other standards used depending on the industry and country.

B. According to Function

There is an array of types of fittings used in piping systems, all of which perform specific functions. Majority of fittings can be categorized into one of these groups:

I. Fittings That Extend or Remove Pipe Lengths 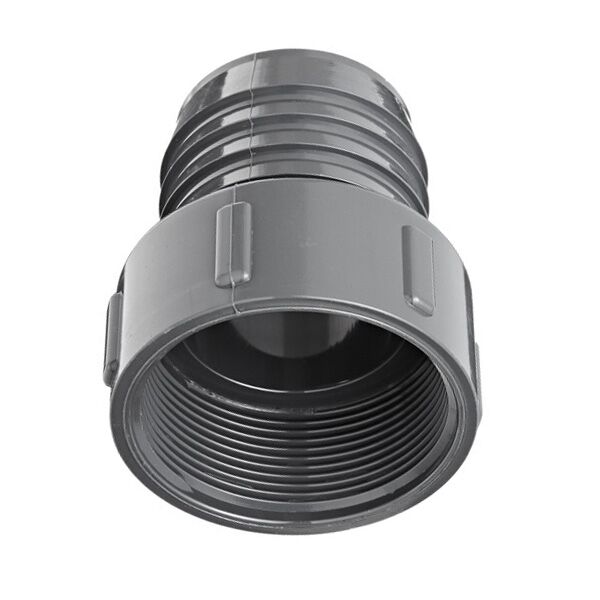 An adapter connects two different pipes through soldering, threading, or solvent welding. It is generally used for PVC and copper pipes.

A sleeve connects two similar pipes using mechanical fasteners, such as anchors and screws. Generally, installation is faster and easier compared to a welded or soldered coupling connection.

A union is used as an alternative to flange connections in low-pressure small-bore piping where pipe detaching is needed often. It is made of three components – a nut, a male end, and a female end. Their connection, which is usually threaded or socket welded, promotes easy release.

A union is made of couplings that can be detached without cutting. There are three different types of coupling used in unions:

Full coupling can be a socket end or threaded type. It is widely used to connect small-bore pipes. It is used to attach pipe to pipe or pipe to nipple or swage.

Half coupling may have a thread or socket end on only one side. It is used for small-bore pipes branching from a large pipe or vessel.

Reduced coupling is used to attach pipes with different sizes. It is similar to a concentric reducer that maintains a similar centerline but smaller in size. 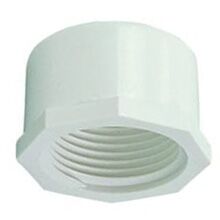 A cap attaches to a male connection through a thread, solvent, solder, or weld to cover the end of a pipe. It is used at the dead end of a pipeline as well as in piping headers for future connections.

A plug attaches to a female connection through a thread, solvent, solder, or weld to close the end of a pipe.

The centerline radius of a short radius elbow is similar to the diameter of the pipe. It is often used when the application has limited space. However, this form has a higher pressure drop due to the sudden change in the flow direction. 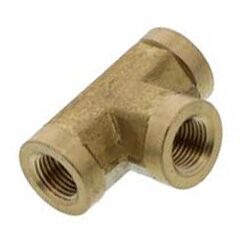 A tee is used to connect three components of piping in a T-shaped intersection. This allows combining or splitting fluid flow. A pipe tee is a short piece of pipe with a 90 degree branch at the center. There are three types of pipe tees used in piping:

The diameter of the branch is smaller than the size of the run (header) pipe.

A barred tee, also known as a scrapper tee, is used in “pigged” pipelines. The branch has a constraint bar internally welded to avoid the scrapper or pig from entering the branch. A constraint bar is welded in the branch in a manner that it restricts a free pathway of the pig from the run (header) pipe. 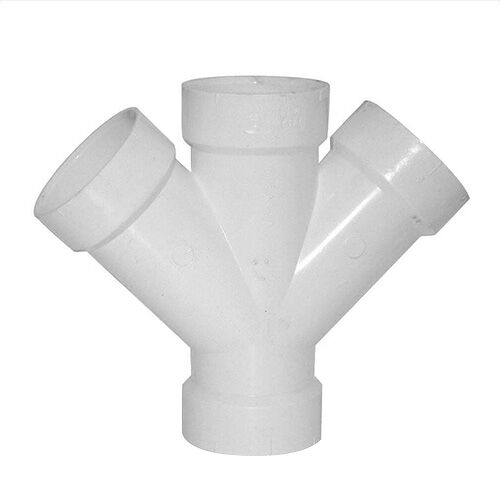 Also called a lateral, a wye combines three components of piping in a Y-shaped intersection. Similar to a tee, it combines or separates fluid flow but with less resistance. It typically has a branch at a 45-degree angle, but can also be in any angle other than 90 degrees. This type of pipe fittings decreases turbulence and friction that could block the flow. 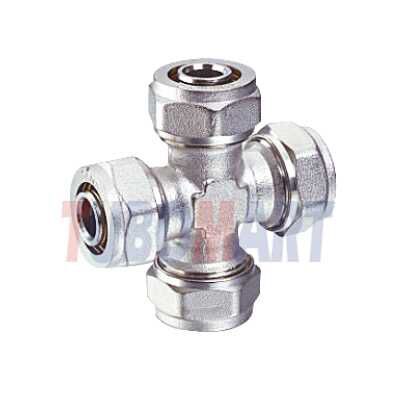 A cross has 4-way connections to provide one entry and three outlets or vice versa. It is less stable compared to a tee and can create high stresses to the piping during temperature changes.

A pipe reducer includes all pipe connections that attach two or more pipes of different sizes. There are two types of reducers used in piping:

In an eccentric reducer, the centerlines of both ends are on different axes. It maintains bottom of pipe or BOP elevation of the piping system. This type of reducer is needed when one of the outside surfaces of the pipes must be maintained.

An olet is a reduction fitting connected to joined connections when proper reducing crosses or tees are not available. 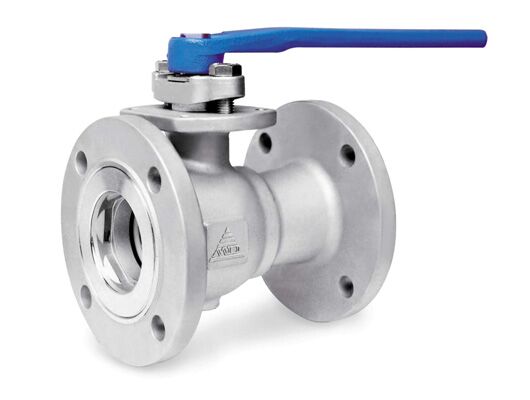 A valve connects pipes together and at the same time, controls the flow. Some valves are used for on/off applications, while others are used for controlling/throttling services. There are various types of valves available that varies on where they are used:

A standard nipple is a short stub of pipe with a male pipe thread at one end or both of its ends. It connects two different fittings at each end. It is common for attaching hoses, valves, and pipes.

After obtaining a clear idea on pipe fittings, you can now proceed to the next step of your project. You must find a reliable pipe fittings supplier that deliver optimal results. To give you a headstart, you can start checking Tubomart pipe fittings and your other piping needs!